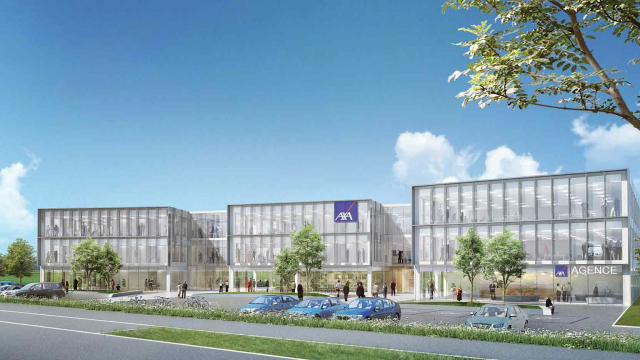 The GA Group lays the cornerstone of Sunny, the new regional headquarters of AXA France near Rouen

Jean-Michel Szydlowski, a member of the board of directors of Caisse d’Epargne Normandie and Sébastien Matty, Chairman of the GA Group, have just laid the cornerstone of the new regional head office of AXA France in the mixed development zone of La Plaine de la Ronce, in Isneauville, near Rouen, in the presence of Cédric Mathorel, AXA’s Managing Director for the western region, Pierre Peltier, Mayor of Isneauville, Frédéric Sanchez, President of Métropole Rouen Normandie and architect Jean-Paul Viguier.

The project, which won a request for quotations organized by CBRE, is being developed by the GA Group on behalf of two investment funds owned by several Caisse d’Epargne banks including Caisse d’Epargne Normandie. These funds are managed by MIDI 2i, a subsidiary of Caisse d’Epargne Midi Pyrénées.

Sunny, designed by the firm of Jean-Paul Viguier et Associés, Architecture et Urbanisme, features an “architecture of encounter” meant to foster interaction amongst employees. With an area of nearly 8,000 square metres, it is composed of three buildings connected to each other by wide glazed walkways.

These walkways connecting the buildings were imagined as places that lend themselves to both quiet thinking and socializing, with areas for getting together and spaces for working either in private or in groups. Likewise, the vertical circulation areas were revisited in such as way as to give priority to the use of the stairs, which are transformed into spaces made for conviviality, dialogue, and reflection. The main staircase in the lobby in particular is a major element of the building where employees will naturally move around and gather.

Designed to be a friendly, inviting place to work, these future offices will be managed by Galaxy Pilot® a system developed by the GA Group. Temperature, light and ventilation will be monitored and adjusted in real time in order to optimize the building’s comfort and environmental performance. Coupled with the application the software will allow employees to adjust the parameters and act on their energy consumption either from their workstation or remotely, using a tablet or smartphone.

To ensure greater well-being, the office floors will be flooded with natural light owing to their orientation and the transparency of the façades.

On this 21,000-square metre site, special attention is being paid to landscaping. In addition, there will be a company restaurant and a cafeteria that face out onto spacious terraces. The garden will be directly accessible from the lobby and the restaurant.

For this project, the GA Group has committed itself to an Energy Performance Contract ensuring the energy efficiency of heating, cooling, ventilation and lighting. The new complex aims to achieve certification with the “NF bâtiments tertiaires démarche HQE®” label for green office buildings.

Construction got underway in October 2016. Completion is expected just one year later. 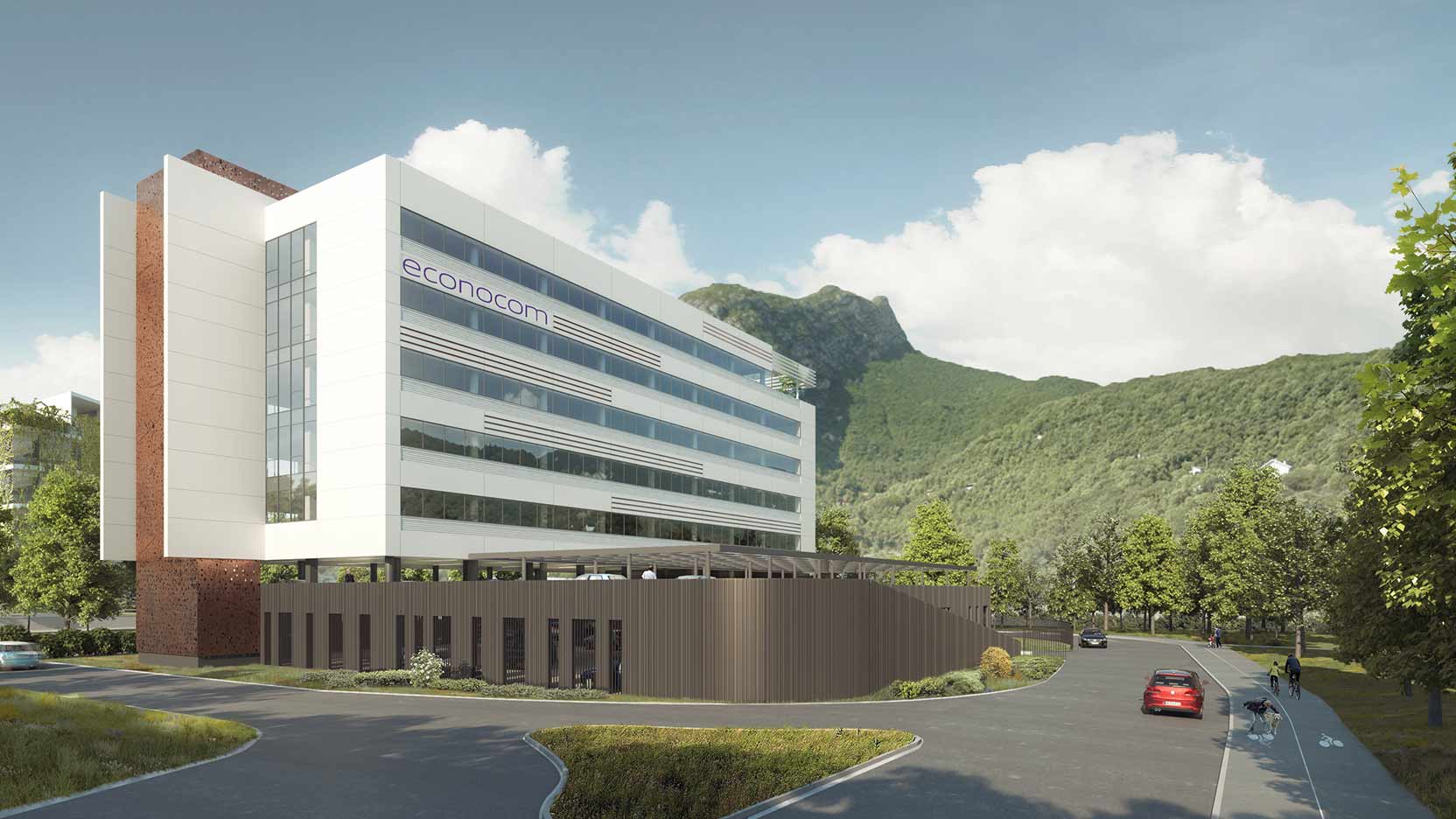 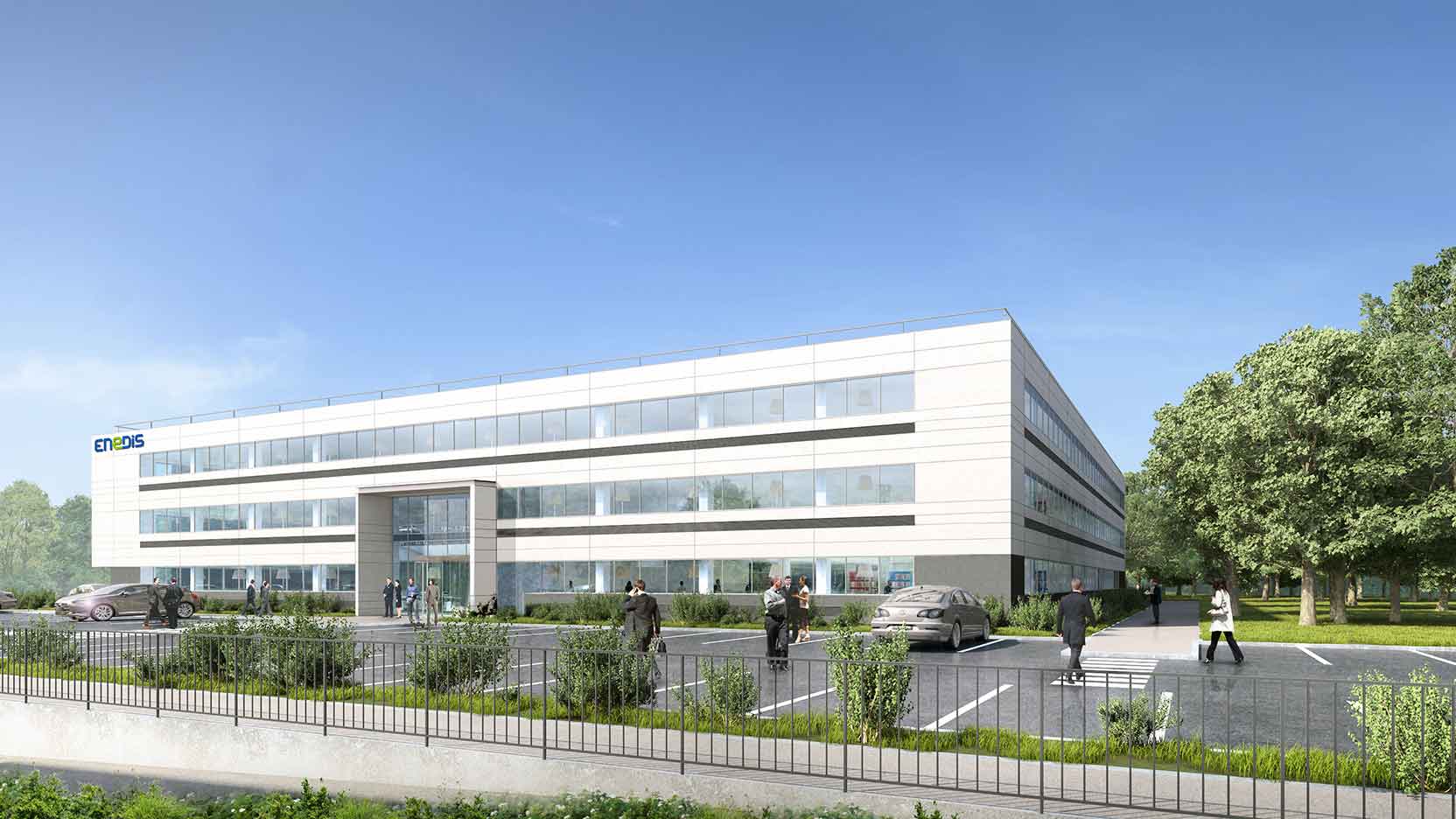 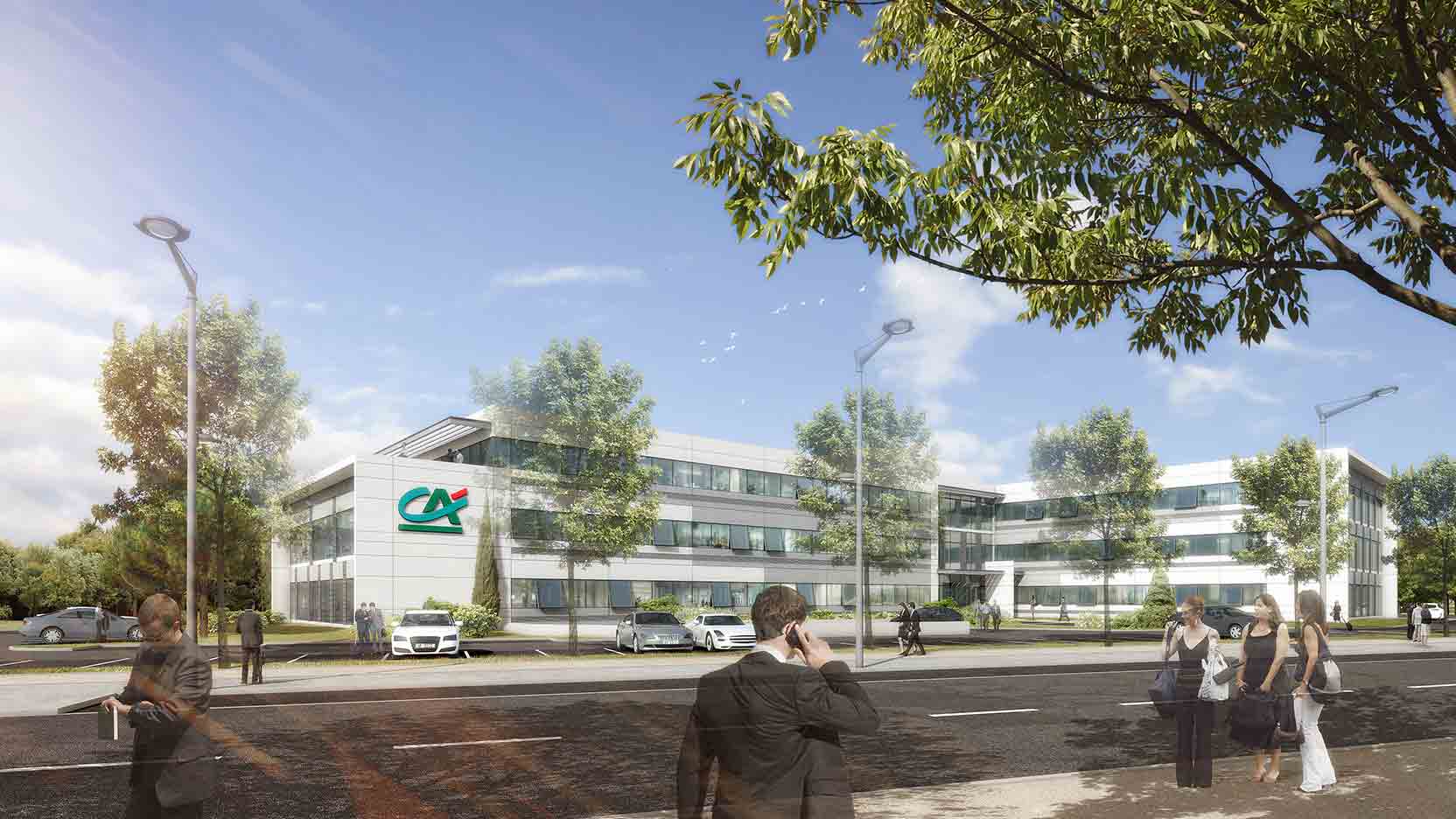