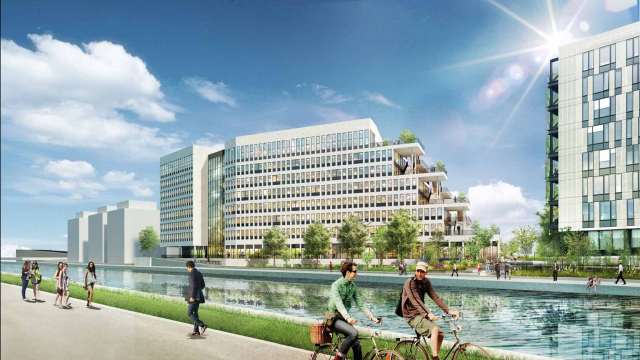 Irrigo developed by BNP Paribas Immobilier Promotion Immobilier d’Entreprise and GA Smart Building is located at 27 rue de Paris in Bobigny (93), on the banks of the Ourcq Canal. In time, it will offer 16,300 m² of offices and services on 9 levels including around 1,300 workstations. This office building is located in a very dynamic neighbourhood, developed by the town of Bobigny and SEQUANO Development: the Ecocité Canal de l’Ourcq ZAC amounts to 140,000 m² in office space, 7,000 m² in local shops, 1,380 housing units, 8,000 m² in public facilities and 20,000 m² in public spaces.

Just across the street on rue de Paris, Paddock Paris, the first brand village in the Paris region accessible by metro was inaugurated in November 2019, with 93 stores spread across a 20,000 m² shopping mall, including 10 restaurants and 8 coffee shops.

At the foot of Metro Line 5 with the Raymond Queneau station, Irrigo enjoys direct access to the Paris hypercentre. The site also enjoys quick access to the ring road and the A3, A86 and A1 motorways. A cycling path near the building provides access to Paris via Bassin de la Villette. By 2025, a new interchange hub will add to the options for getting to Irrigo with the T Zen 3, the Tangentielle Nord station and Line 15 of the Grand Paris Express.

Irrigo, designed by the architecture agency Leclercq Associés, was designed as an “open island”, the heart of which is intended as both a “window to let the air in” and gateway between the street and the canal.

Visual comfort and luminosity were central aims in the design process. Irrigo will offer panoramic views of the city and the Ourcq Canal thanks to 2,800 m² of tree-lined terraces and balconies, accessible and found on all floors. The project’s attention to the environment will be expressed through a landscaping project resulting in 1,000 m² of planted areas, including 600 m2 of garden.

Designed to give priority to the comfort of future users by offering them a unique working environment, the building will be equipped with large, highly scalable office areas designed to be adjusted to new forms of work organisation.

Irrigo will boast an array of dining areas extended by a terrace with direct access to the Ourcq Canal, and a lounge bar will complete the offer.

As to the commercial release, the buyer is supported by CBRE, JLL and BNP Paribas Real Estate. 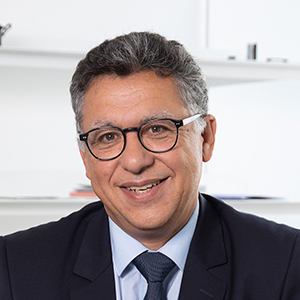 “Two years after the inauguration of the 18,000 m2 Luminem building, the first phase of the operation in the heart of the Ourcq Canal Ecocité ZAC, we are very pleased to announce the signing of this VEFA for the second phase of the Irrigo project. It is an urban and social endeavour which we proudly promote alongside our partners" , Managing Director, GA Promotion

Highly prominent in Bobigny, with the construction of two office buildings, Luminem and European, and more generally on Plaine de l’Ourcq alongside the Est Ensemble and Séquano, we are extending a wonderful adventure today and showing our continuing loyalty to these northern and eastern Parisian territories at BNP Paribas Immobilier.

The purchasers were advised during the preparation of this transaction by LPA-CGR, Franklin, Dentons, Lacourte, Haussmann Notaires and Theop, for the technical aspects. Funding was provided by Helaba, advised by the Fairway firm.

The seller was advised by the Thibierge firm. 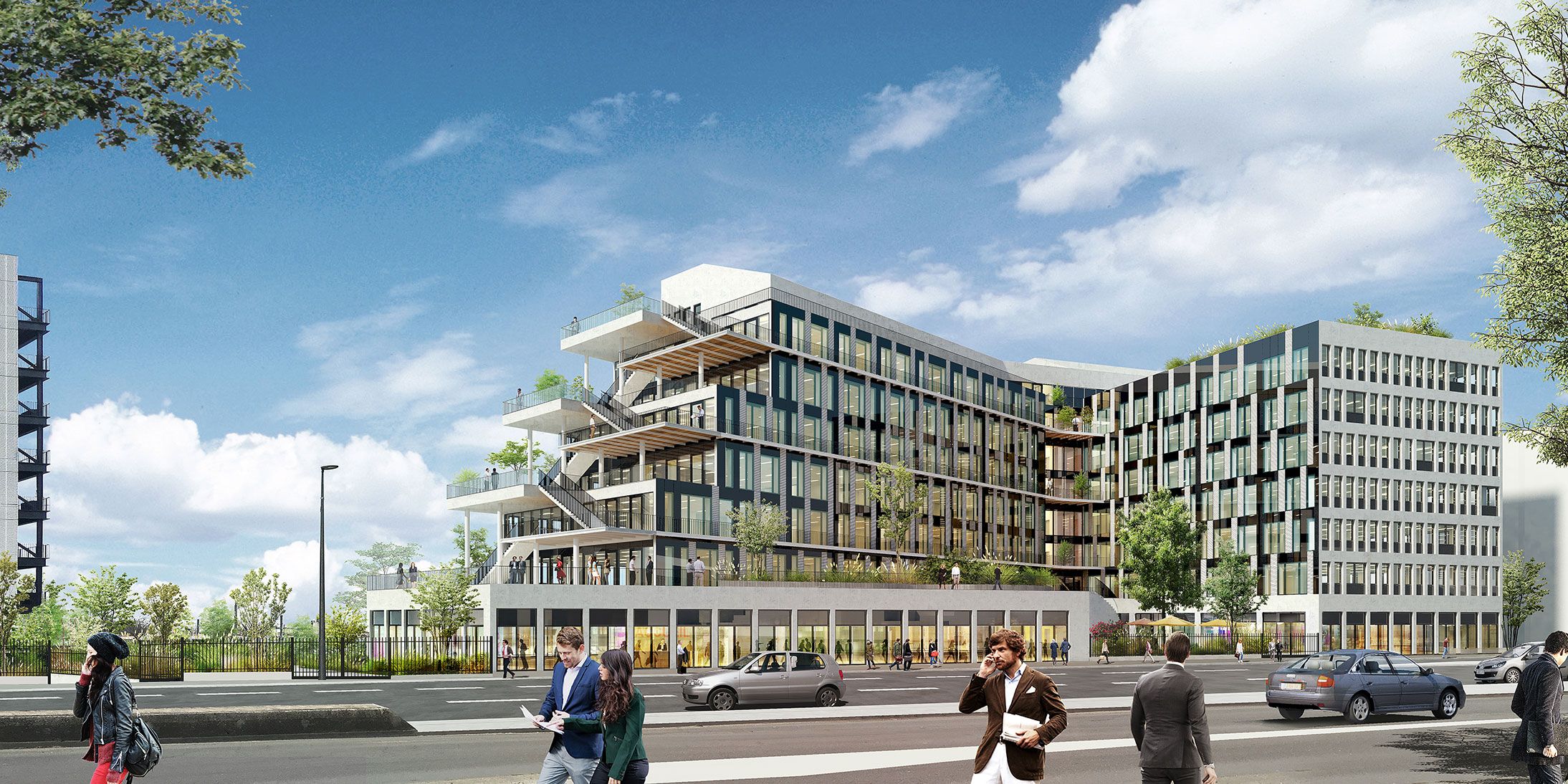 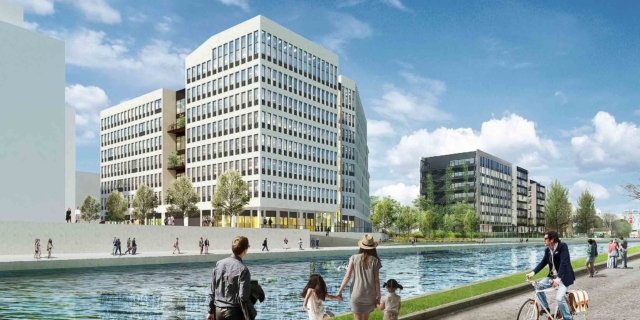 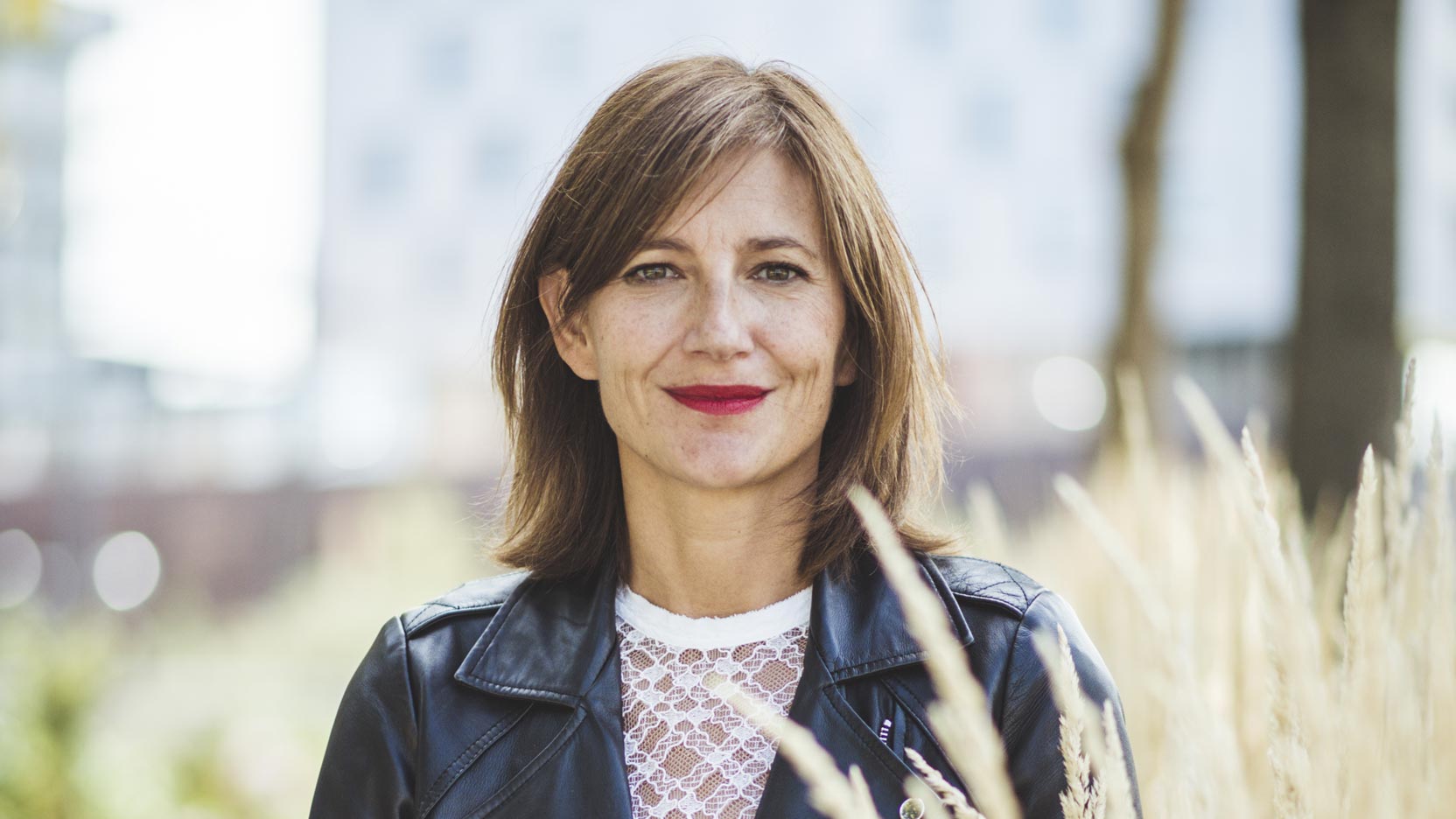 GA Smart Building is further rolling out its development strategy and has appointed Stéphanie Vondière as Head of Promotion and Development, Rhône-Alpes. 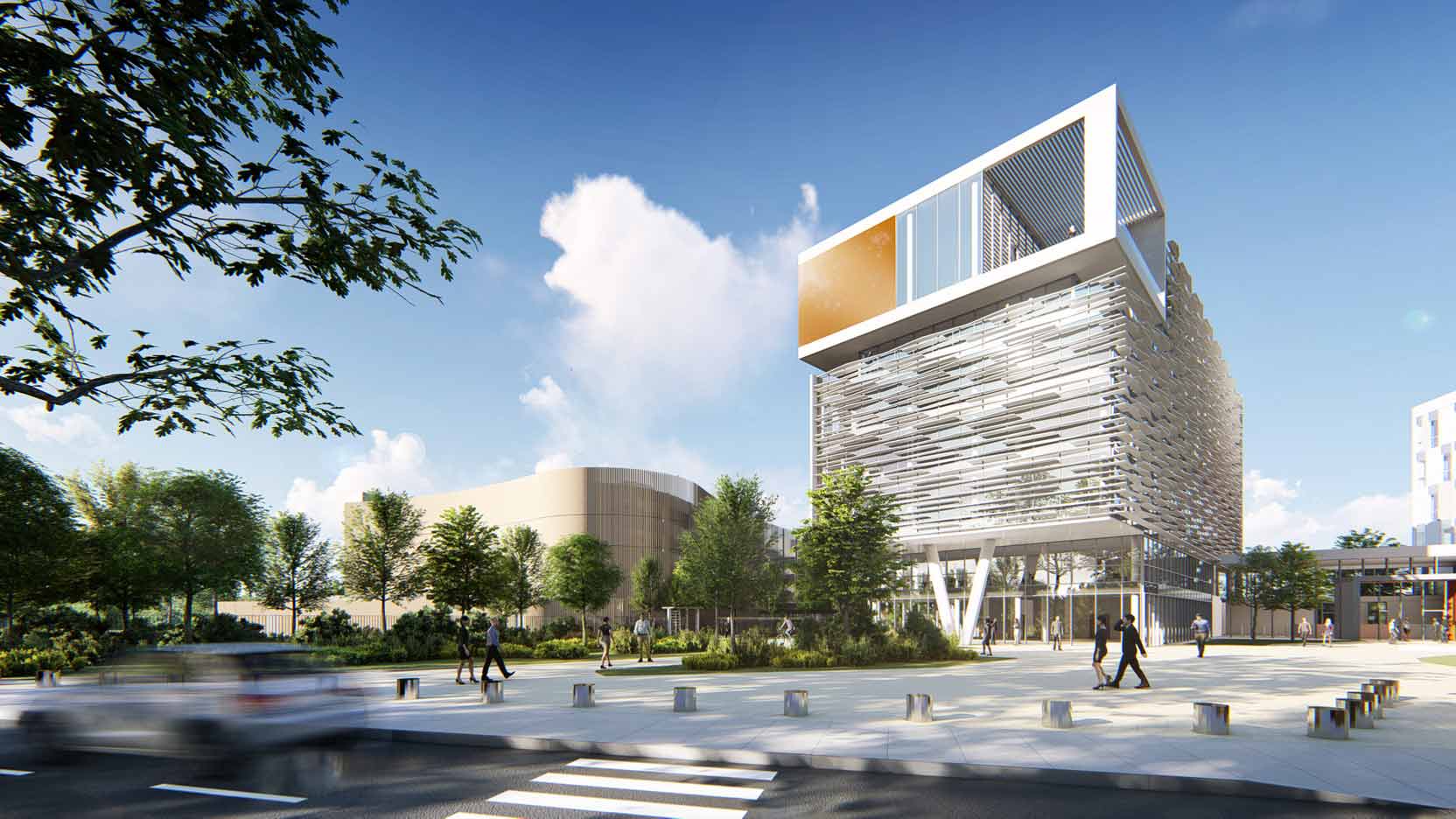 The campus will accommodate on a single site, by the end of 2020, some 1,250 employees currently working at different Orange sites around Toulouse. 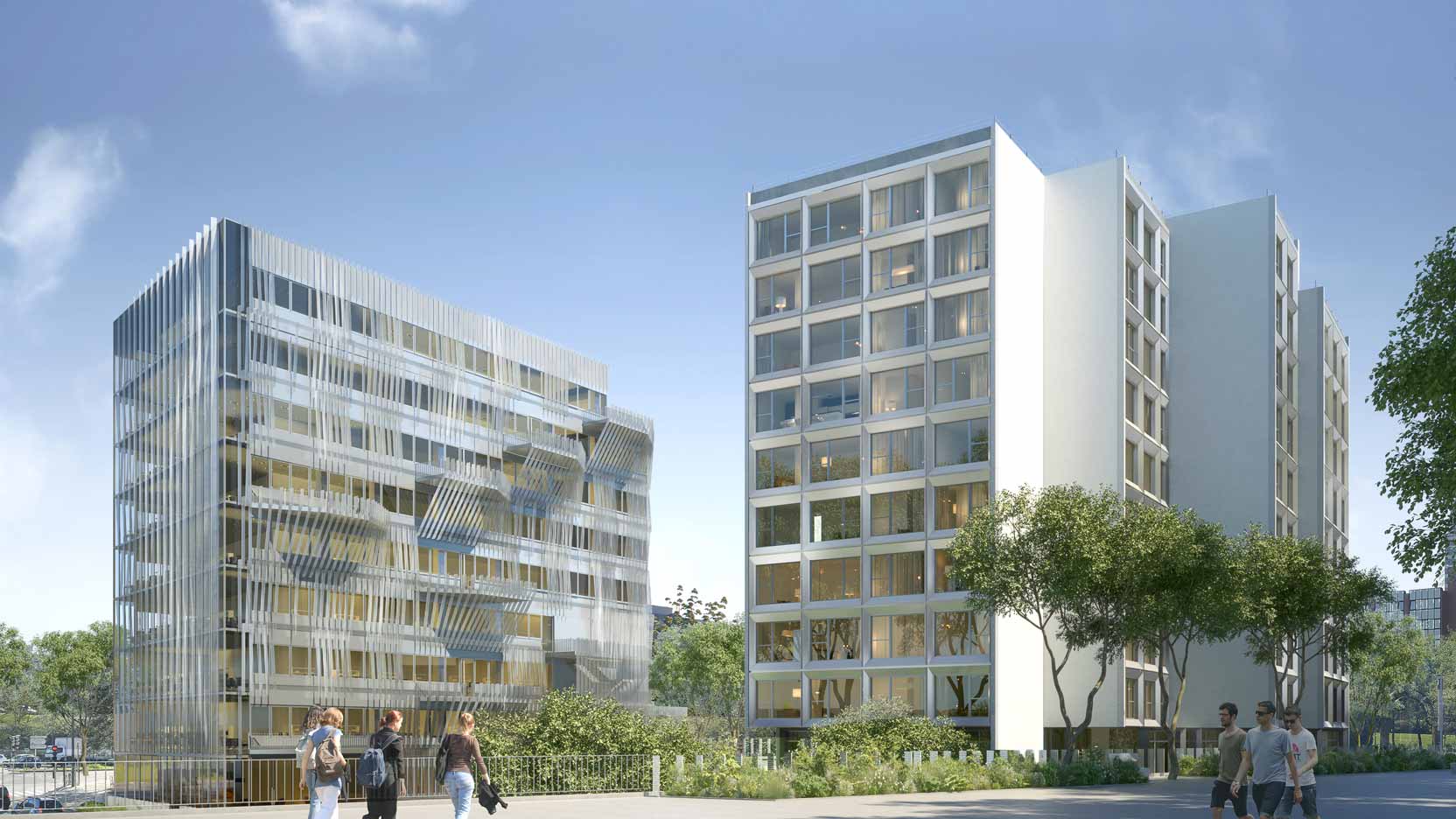 Gymnote is a multi-purpose complex of 11,000 m² comprising an office building for Ramsay Générale de Santé, as well as a student residence on behalf of the Kley Group.