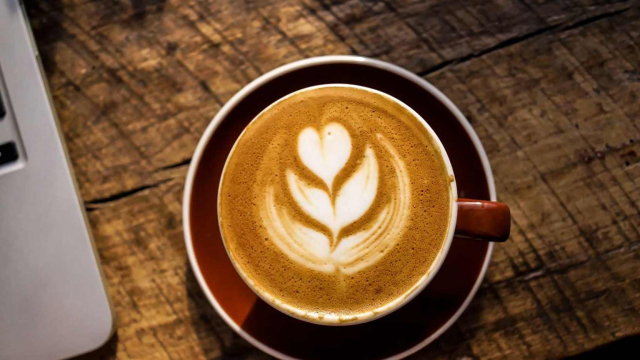 According to an Ifop/Nespresso study conducted in 2014, 75% of employees drink at least one cup of coffee during their work day. Whether it affords a few minutes of solitude or an opportunity to socialize, the coffee break is a true institution in companies. So much so that some companies are reconsidering the consumption of coffee as an important element for cohesion and better communication between employees.

Many French television viewers probably remember watching Caméra Café, a comedy series broadcast in the early 2000s consisting of sketches that featured private and professional conversations, misunderstandings and bursts of laughter, all taking place in front of an office coffee machine. The creators of the series took over a piece of equipment that is central to the life of a company – the coffee machine, a place where workers engage in informal talk that is highly beneficial to their efficiency and cohesion. The vending machine, which all too often delivered hot beverages of mediocre quality and was long relegated to the end of the corridor, is now being reconsidered by employers and employees alike.

A proof of thoughtfulness

“It’s a market that is undergoing a real revolution. Consumers are increasingly demanding, they want the coffee they drink at the office to be as good as the coffee at home” says Julien Morel, director of sales at Nespresso France. A high quality coffee at work is proof of an employer’s thoughtfulness towards employees. According to the study conducted with Ipsos, 70% of employees consider that good coffee is a motivational tool. Nespresso, which has been an active player in the market for 20 years, provides its clients with personalized advice. Among its major clients are La Poste, LinkedIn and Critéo, a large big data company in France. “Because Critéo wanted to provide a high-quality coffee break, they acquired an Aguila, a ‘coffee recipe’ machine that makes cappuccinos and macchiatos in the barista tradition” explains Morel. The elegantly designed machine is set up in the kitchen area of the Critéo offices, which is equipped with bar stools and cupboards generously stocked with treats. According to Morel, breaking for coffee is synonymous with relaxing and sharing pleasure, and these moments have a considerable effect on the atmosphere at work. “These breaks contribute to removing barriers between a company’s departments, give rise to projects and can resolve problems. It’s a more modern way of approaching innovation and creativity in a company” he adds. As sociologist Danièle Linhart, director of research at the CNRS, confirms, coffee breaks foster efficiency and well-being at work, stimulate creativity and strengthen social ties. But she is convinced that this goes beyond the strict framework of coffee. “Companies must let their employees have moments of relaxation to get together and talk. This is true for smokers, who exchange important work-related information during their cigarette breaks. The same thing happens around the coffee machine.” For 2 out of 3 employees, the coffee break is perceived as a good way to soothe tensions and resolve conflicts.

The café, the focus of conviviality par excellence: the example of DDB

A real on-site coffee shop gives a company a quintessential convivial space. If you are looking for the entrance to the DDB advertising agency, you could easily be confused – the company has transformed its reception area into a true Parisian café, carefully furnished and decorated, complete with wooden tables, a zinc counter, comfortable couches and even a working wood stove. “The directors wanted to create a convivial place and they immediately thought of a Parisian café” explains Anne-Marie Gibert, the agency’s director of press relations. “Complementary espressos, lattes, home-made hot chocolate and a wide choice of teas are available for employees until 9:30 a.m.” she adds. It’s a clever way to encourage employees to get to work early. The bistrot also offers free breakfasts of bread and butter with jam twice a week. At noon, teams from different departments purchase lunches outside and bring them back to the company bistrot to eat them. The bistro is also used as a meeting room. “The café is popular with everyone, employees and clients alike. There’s a warm atmosphere, and you don’t at all feel like you’re in an agency” says Gibert. “At the beginning, couriers didn’t dare come in, and residents of the neighbourhood thought it was a real bistrot. We served them coffee too!”

Coffee breaks are times for conviviality and informal discussions, they foster cohesion between teams, and even serve as a window onto the outside world. Companies would do well not to neglect the spaces that house these key moments in the work day. 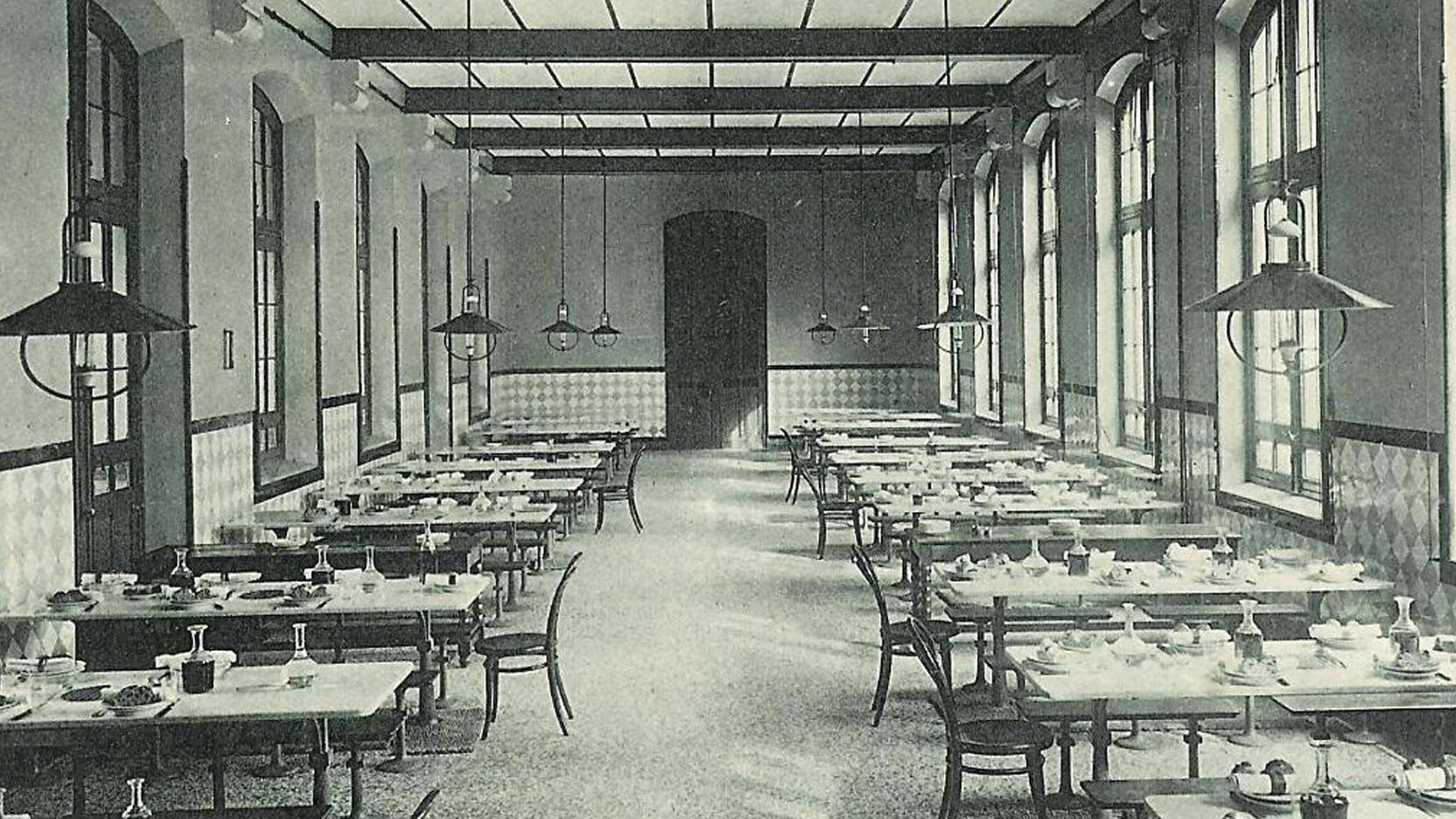 A short history of the lunch break

Today, the lunch break is more and more synonymous with conviviality or of a pleasant break in a day of work. 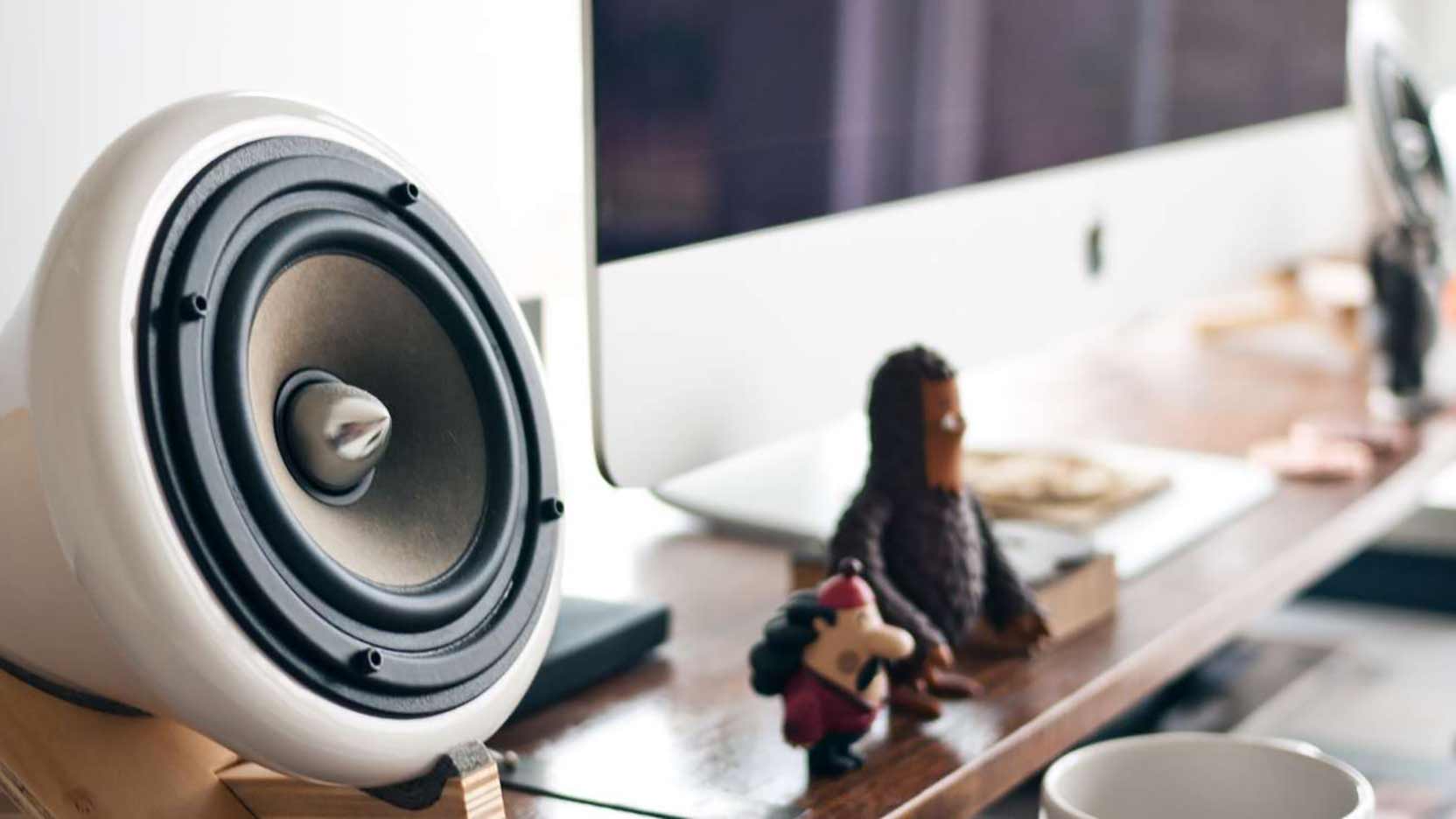 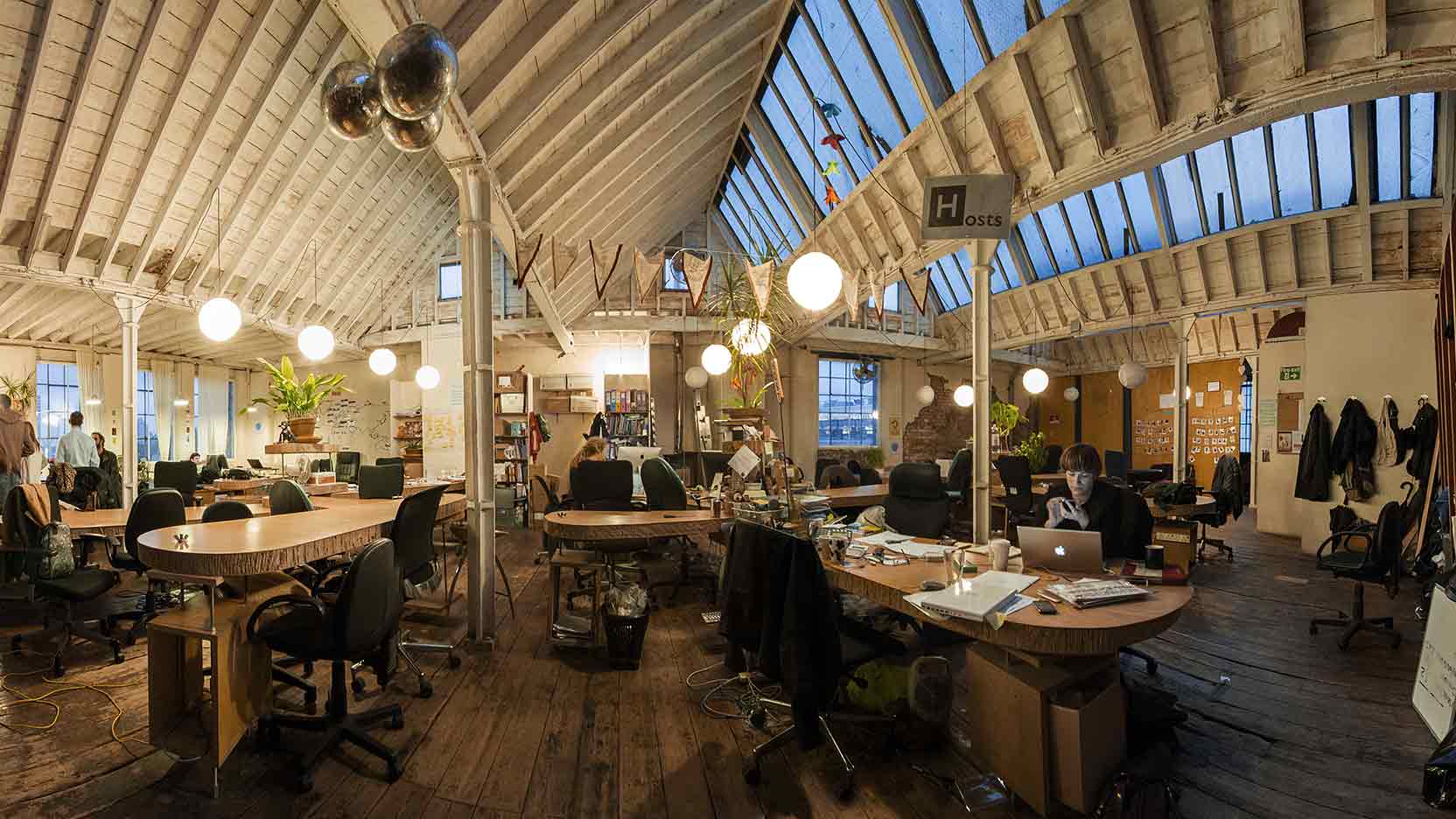 Open plan offices first appeared in the 1960s, and the concept became firmly established in companies the world over. Often accused of being a source of noise nuisance and stress.