Campus Thales – a workplace designed for users’ comfort and convenience

Completed in August 2016, this 60,000-square metre property complex accommodates 2600 employees of airborne system activities and Thales Avionics. The seven office buildings, connected to each other by a common ground floor – dubbed the “technological boulevard” – form a real hub that encourages employees to move around and lends itself to interaction. When it comes to services, everything is planned so that workers can enjoy a perfect balance between well-being and quality of life at the workplace. One whole building houses the company restaurant, a business centre, the works council, a concierge desk, a showroom and several meeting rooms. All the technical equipment for the site is grouped into a separate building, near a car park planted with greenery with a capacity of 1,850 places, of which 150 are for 2-wheeled vehicles.

The buildings are low, as they were designed on the scale of the highest sites in the region, such as the Place de la Bourse in Bordeaux. The structures are harmoniously spread out over a large landscaped park, which has been reclaimed by nature at its centre, with a river running through it.

An ultra-modern complex boasting high environmental quality, Campus Thales in Bordeaux is certified with the HQE® and BREEAM labels.

Construction was carried out with the help of the FullBIM process developed by GA, which features 3D digital modelling offering a unique level of knowledge about the buildings at every stage of the project.

The model, in which all the information related to the buildings and the operation thereof is compiled, was handed over to the Thales teams at the completion of construction. This digital avatar of the Campus will enable them to operate the site as efficiently as possible.

Thanks to GA’s unique construction method, the project was completed in 18 months, in accordance with the group’s commitment.

We are proud to receive the ‘Campus’ prize at the 2016 SIMI Awards for an ambitious 60,000–sq m project. The strength of the project lies in its BIM environment, with the FullBIM model developed by GA and the industrial production of elements of the structure and façade in our own factories.

The Tekla Global BIM Awards spotlight projects featuring impressive structures that are bold in both design and construction. 73 winners of the BIM Awards from all over the world compete to win this international prize.

A jury made up of experts in the sector was tasked with choosing winners in each category of real estate projects, each prize rewarding an innovative use of BIM technologies.

It was based on these criteria that the GA Group won the prize for Campus Thales Bordeaux in the Commercial Project category, which concerns office buildings. The project also won the jury’s Grand Prize, all categories considered. 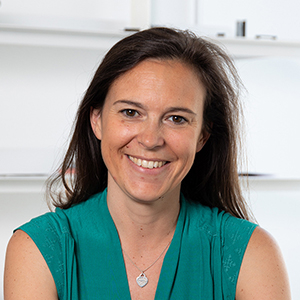 All about BIM: 6 questions for Rémi Visière

The emergence of BIM (Building Information Modelling) in the GA Group has transformed working habits and methods. FullBIM, the digital modelling process implemented in the Group, is more than just a tool