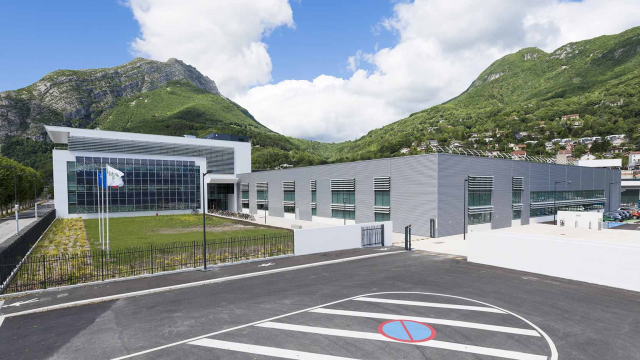 Designated the Best Smart Building in France in 2018, with offices and a laboratory for Schneider Electric

The site is now applying for the US LEED Platinum environmental certification, the highest level.

When GA Smart Building responded to the call for tenders issued by Schneider Electric for a technology park – a construction project involving 10,300 m² in office space and 7,800 m² in laboratories – the two already shared a trusting relationship. In 2006, GA Smart Building had erected a building for the world’s energy specialist: the Electropole, in Eybens, a suburb of Grenoble.

A work relationship built on trust

The call for tenders pertained to a real estate development contract. GA Promotion’s teams, amidst heavy competition, were able to produce the winning submission – drawing on substantial and recognised competitive advantages, such as price, a compact, well-managed execution schedule and a proven ability to deliver a complex project.

The key handover ceremony for the Technopôle, which would go on to also become Schneider Electric’s commercial showcase, took place on 16 December 2016, the first laboratory having been delivered in April. In total, 14 months elapsed from the project’s start in September 2015 to completion.

A project subject to tight constraints

Time was at a premium with this project, and execution conditions tight. To wit, construction had to take place on an occupied site, and included interconnection with an existing building, in which Schneider Electric employees were working daily. GA Smart Building’s intelligent industrial construction methods greatly mitigated noise pollution for all staff.

In an other distinctive feature of the contract, GA committed, for at least 2,500 of the working hours involved, to call upon unemployed persons facing social and professional difficulties. In the end, they will have served over 3,000 hours.

In another demonstration of its innovative flair, the Group also worked with FullBIM to produce this 3D digital model, which makes it possible to track construction site progress in real time and proves an extremely-valuable tool when it comes to technical building management and energy consumption control. Upon the project’s completion, Schneider Electric was provided not only with the customary final execution documents but also the 3D digital file, including all the building’s facilities.

With eco-responsibility in mind and in order to better manage expenses, an energy performance contract was signed. While the figures committed to were based on the building’s usage criteria, they can be adjusted within a grid indexed on actual site usage data. 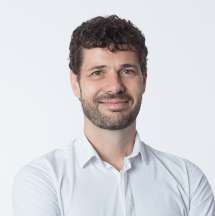 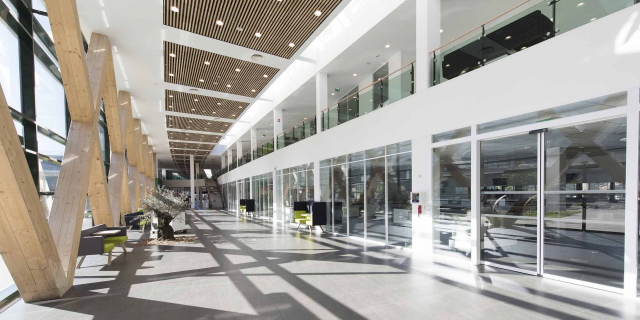 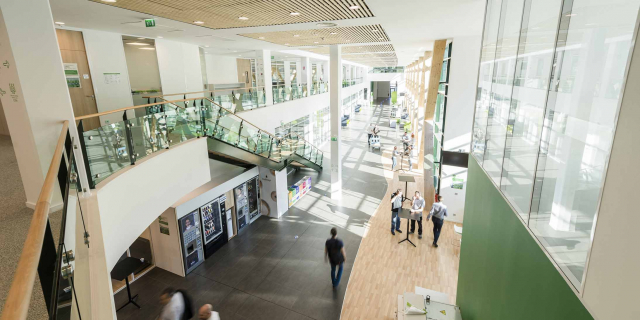 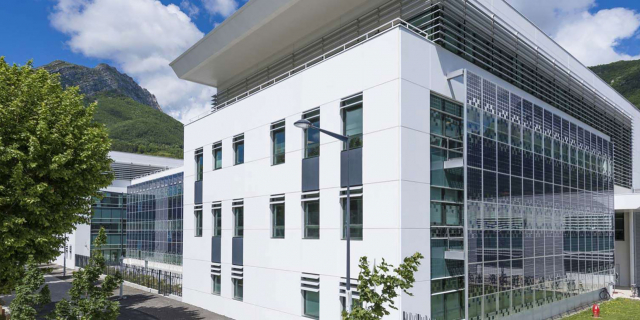 In conjunction with COP 24: Schneider Electric’s Technology Park, created by GA Smart Building, was commended in the «Smart Building» category at the 2018 Green Solutions Awards

Yesterday evening, Thursday 6 December, Construction21 announced the international winners of the 2018 Green Solutions Awards, at the COP 24 in Katowice, Poland.

Green Building Solutions Awards 2018: The Schneider Electric Technopôle, built by GA, is the French winner of the «Smart Building» category